From supramolecular polymers to functional systems and materials

From supramolecular polymers to functional systems and materials

The intriguing prospects of molecular electronics, nanotechnology, biomaterials, and the aim to close the gap between synthetic and biological molecular systems are important ingredients to study the cooperative action of molecules in the assembly towards functional supramolecular materials and systems. For chemists, the non-covalent synthesis of these supramolecular architectures is regarded as one of the most challenging objectives in science: How far can we push chemical assembly processes, and can we get control over the properties and functions of the responsive and adaptive architectures made? Moreover, the increasing number of different components in the assembly processes increases the complexity of the system, as many competing events occur, and pathway selection is needed to arrive at the state required for the function.[1] Mastering this complexity with a combination of experiments and simulations is a prerequisite to achieve the challenges set in creating functional materials and systems. In the lecture we illustrate our approach using some examples out of our own laboratories, primarily based on the concept of supramolecular polymers.[2] In all cases the control over the position of the molecules in time and space is key to arrive at functionality.
[1] G. Vantomme, E.W. Meijer, The construction of supramolecular systems, Science 363, 1396-1397 (2019)
[2] T. Aida, E.W. Meijer, Supramolecular polymers - we've come full circle, Israel J. of Chem. 60, 33-47 (2020) 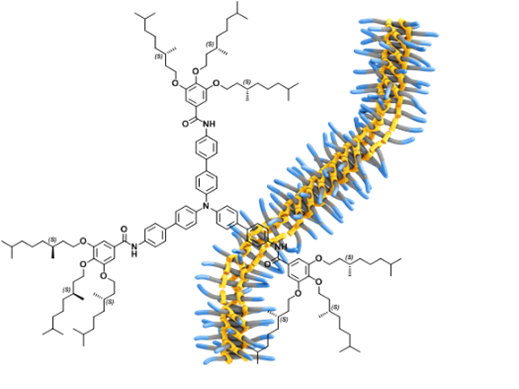 E.W. “Bert” Meijer is Distinguished University Professor in the Molecular Sciences, Professor of Organic Chemistry at the Eindhoven University of Technology, and co-director of the Institute for Complex Molecular Systems. After receiving his PhD degree at the University of Groningen with Hans Wynberg, he worked for 10 years in industry (Philips and DSM). In 1991 he was appointed in Eindhoven, while in the meantime he has held part-time positions in Nijmegen, MPI-Mainz, and Santa Barbara, CA. Bert Meijer is a member of many editorial advisory boards, including Advanced Materials and is associate editor of the Journal of the American Chemical Society. Bert Meijer has received several awards, including the Spinoza Award in 2001, the ACS Award for Polymer Chemistry in 2006, the AkzoNobel Science Award 2010, the International Award of the Society of Polymer Science Japan in 2011, the Cope Scholar Award of the ACS in 2012, the Prelog Medal in 2014, the Nagoya Gold Medal in 2017, the Chirality Medal in 2018 and in 2022 the Van ‘t Hoff medal and the GDCh Hermann Staudinger Prize. In 2020 he is knighted by the king to be Commander in the Order of the Netherlands Lion. He is an honorable member of several academies and societies, including the Royal Netherlands Academy of Science, where he is appointed to Academy Professor in 2014. Since 2022 he is international member of the US National Academy of Sciences and a visiting professorial fellow of the University of New South Wales in Sydney, Australia.