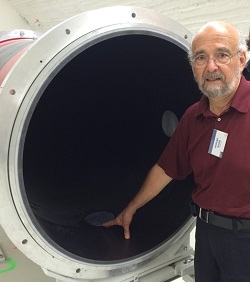 Just over one-hundred years ago Prandtl introduced the new concept of "boundary layers" to explain, analyze and model fluid flow behavior near surfaces. Since modeling the rapid changes in this boundary layer generally requires more detailed physics than in the slowly varying "outer" regions, special mathematical tools had to be developed to connect the different regions, i.e., singular perturbation analysis. For example, the method of matched asymptotics has contributed a great deal to our understanding of turbulent boundary layers, starting with the classical two-layer approach of Millikan, which leads to the logarithmic velocity profile in the overlap region between "inner or small scales" and "outer or large scales," and the "von Kármán constant". Nearly all currently used commercial codes for computation of flow in applications including aeronautics, energy generating machines and weather prediction rely on such a von Kármán constant. We examine the overlap parameters for the logarithmic law for available experimental and computational data from turbulent boundary layer, pipe and channel flows, over wide ranges of Reynolds numbers, using composite profiles fitted to the mean velocity. This reveals that boundary layers with streamwise pressure gradient, and pipe and channel flows display “von Kármán coefficients” that are not universal. Therefore, we conclude that the von Kármán constant exhibits dependence on not only the pressure gradient but also the wall-bounded flow “outer geometry”, thereby raising fundamental questions regarding turbulence flow theory and modeling for all wall-bounded flows.  Along the way, we also examine various asymptotic trends of wall friction and turbulence stresses and compare recent results by Chen and Sreenivasan and by Monkewitz to predictions of models based on the attached-eddy hypothesis of Townsend, e.g., by Marusic and others.

Professor Nagib is the John T Rettaliata Endowed Professor of Mechanical and Aerospace Engineering at the Illinois Institute of Technology, Chicago, Illinois, and was the Founding Director of the Institute’s Fluid Dynamics Research Center. His field of specialty is in fluid mechanics, turbulent flow and flow management and control. At ILLINOIS TECH (IIT), he served as MMAE Department Chair, Dean of Armour College, Academic Vice President, and Chief Scientist for IIT Research Institute (IITRI). Professor Nagib is the recipient of several prestigious honors including being a Fellow of the American Physical Society, the American Association of Advancement of Science, the American Institute of Aeronautics and Astronautics, and the American Society of Mechanical Engineers.  From his base institute for over half a century, he has been a visiting faculty on several occasions at Stanford University, Caltech, KTH, EPFL, Friedrich-Alexander University, Erlangen, and Tewkesbury Fellow, in Department. of Mechanical Engineering at University of Melbourne.

Registration link to join the seminar: