Shaping the future of purification 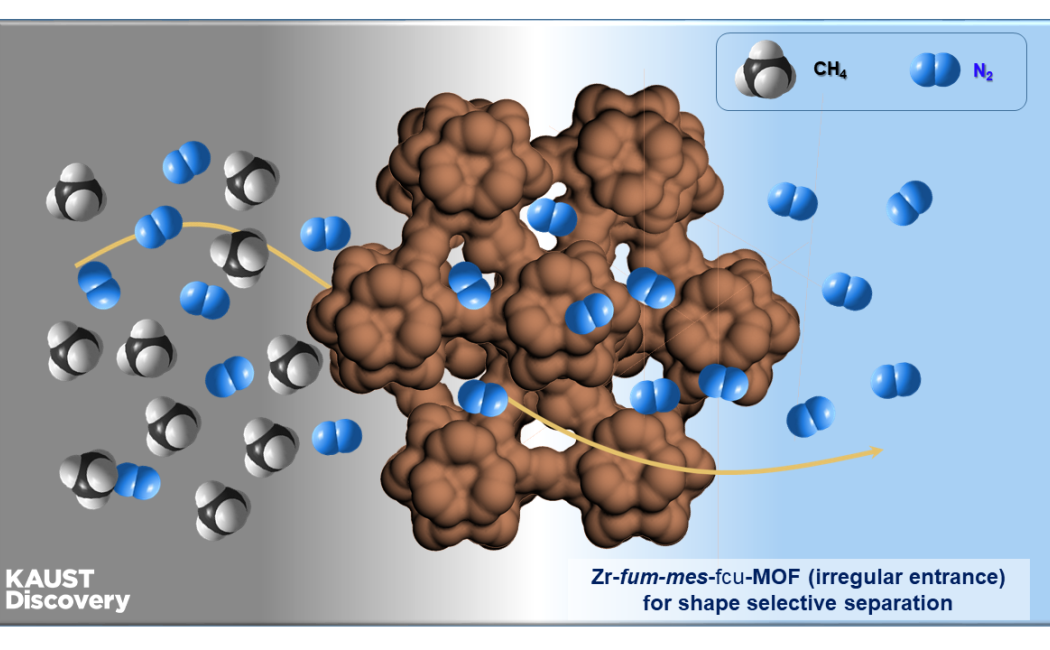 Shaping the future of purification

Impure chemical mixtures can now be separated based on differences in molecular silhouette. Membranes have been developed with nanoscale pores that match the shape of impurities in the mix so that only the impurity can pass through. KAUST researchers have suggested that the first application of these metal-organic framework (MOF) based shape-selective membranes could be energy-efficient, low-cost purification of natural gas.
MOFs are organic-inorganic hybrid crystalline porous materials that can feature different types of pores through their structure. By constructing MOFs from different organic and inorganic building blocks, researchers can finely tune the pore structure and aperture. MOF membranes have previously shown great potential for separating mixtures of molecules based on differences in their size or polarizability.
Natural gas, also known as methane, is predicted to play an increasingly important role in the global energy supply during the transition to renewables. Almost all natural gas reservoirs are contaminated with nitrogen. “The nitrogen dilutes the heating value of natural gas, so it has to be removed,” says Sheng Zhou, a Ph.D. student in Mohamed Eddaoudi’s lab, who led the research.
Nitrogen is chemically inert and similar in both kinetic shape and polarizability to methane, so cannot be removed by existing membranes. “For industrial natural gas purification, there needs to be nitrogen rejection units based on cryogenic distillation,” Zhou says. This ultra-low temperature separation technique is expensive and energy intensive.

Eddauodi, Zhou and their colleagues have developed a highly efficient MOF-based method to purify methane. “We designed a porous membrane that separates nitrogen from methane by exploiting one significant difference between the molecules: their shape,” Zhou says.