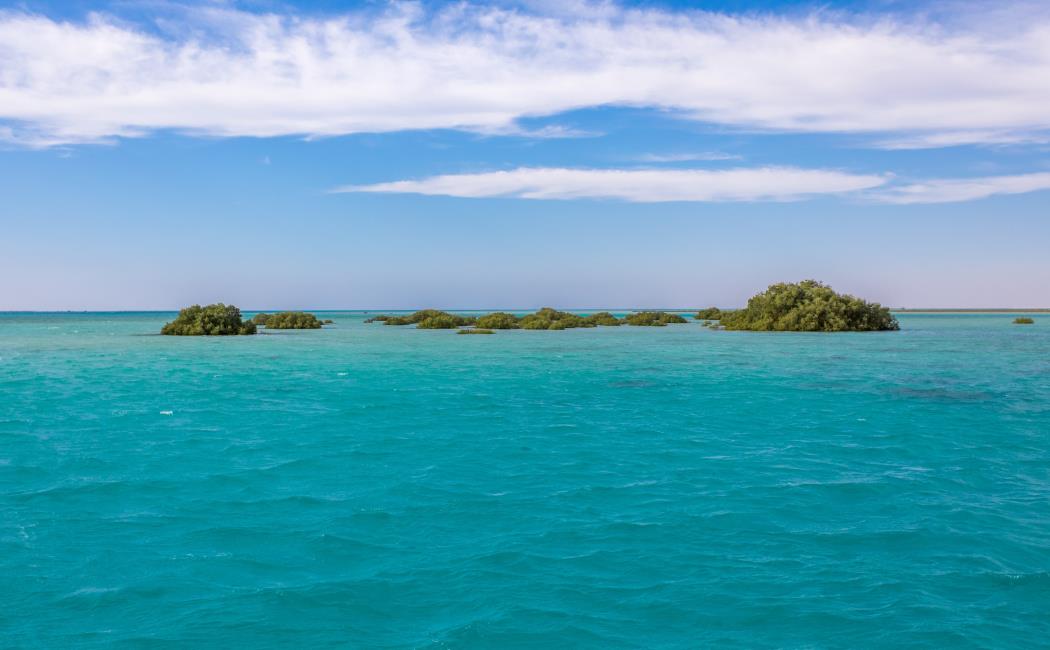 Seasonal phytoplankton blooms in the Al-Wajh lagoon differ from those in the adjacent Red Sea due to regional water dynamics and nutrient availability.

The aim of Saudi Arabia’s Red Sea Project is to transform the Red Sea coast into a world-class tourist destination. The Al-Wajh lagoon on the country’s northwestern coast has been declared a conservation zone and a key host site. KAUST researchers involved in consultations related to the Red Sea Project have recently uncovered an interesting phenomenon linked to phytoplankton blooms in the lagoon.

“Coastal lagoons form distinctive, diverse ecosystems that hold considerable scientific and economic importance,” says Peng Zhan, a former KAUST researcher who worked on the project with colleagues from the Red Sea Modeling and Prediction group led by Ibrahim Hoteit and co-workers in Greece. Zhan has since joined the Southern University of Science and Technology (SUSTech) in China and still collaborates closely with the KAUST team.
Fluctuations in the availability of phytoplankton — a keystone species forming the basis of the food chain — are critical to the health of marine life. However, little is known about the phytoplankton cycle in tropical lagoons.
Phytoplankton biomass can be estimated from the concentration of chlorophyll in the water. The team developed a remote-sensing ocean-color algorithm specifically tuned for the Red Sea and applied it to five years’ worth of satellite images to determine chlorophyll concentrations. They further conducted extensive surveys to map the coastlines and bathymetry of the lagoon and its surroundings.

“Phytoplankton blooms usually occur during winter and early spring in the open waters of tropical oceans,” says Zhan. “The colder atmospheric conditions drive convective mixing within the water column, redistributing nutrients from deeper waters into the surface layers and feeding the phytoplankton.”