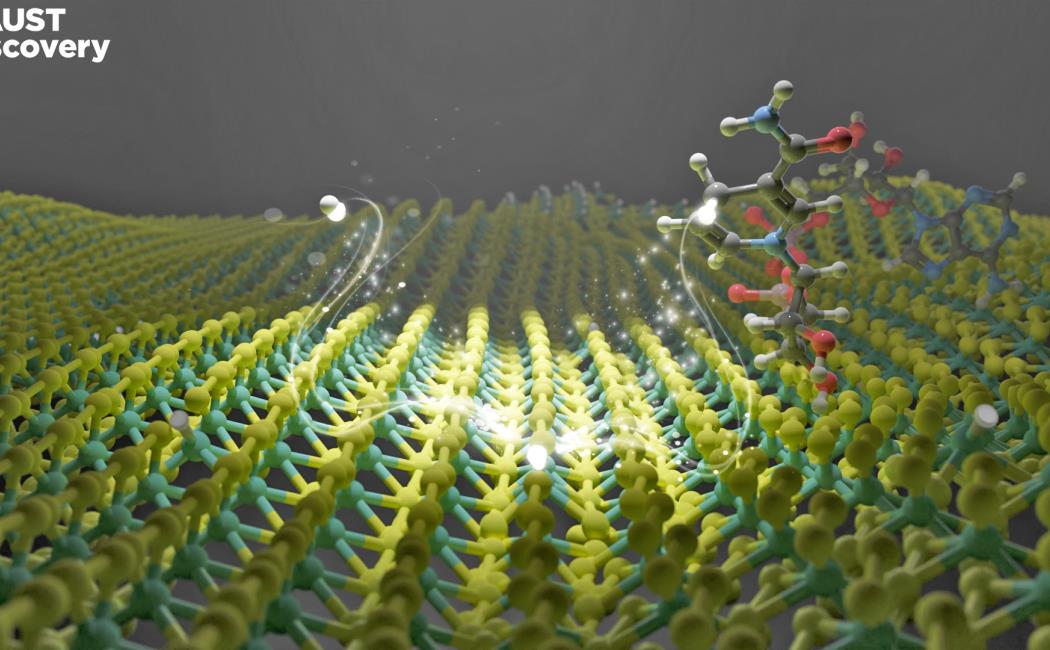 A transition metal catalyst discovery could help to establish renewably generated electricity at the heart of a clean chemicals industry.

Platinum has long been the preferred catalyst for electrochemical hydride transfer, a versatile chemical process for producing valuable chemicals or carbon-free fuels. If this electrochemical process was powered with renewable electricity, it could enable a more sustainable society. Platinum, however, is a rare and expensive precious metal, placing significant limitations on the uptake of this technology.

A far more abundant and less costly metal, molybdenum, could potentially take platinum’s place in the process, Magnus Rueping and his team have shown.

Several molybdenum-based catalysts, including molybdenum sulfide, have previously shown promise for hydride transfer electrocatalysis, but the reason for their high activity was unclear, and molybdenum’s role, in particular, remained a mystery. “We wanted to determine how this catalyst functioned,” says Jeremy Bau, a research scientist in Rueping’s lab.

The team applied a technique called electron paramagnetic resonance spectroscopy (EPR) in a bid to study the molybdenum sulfide electrocatalyst in action in real time. “Unexpectedly, we were able to capture the entire process as it was happening,” Bau says. “We were able to trap the catalyst’s active state: Mo3+ ions directly bound to hydrogen.”